This website is not designed for Internet Explorer.
Please use Microsoft Edge or any other modern browser.
← Back to Resources
case studyJuly 28th 2021 • 6 m read 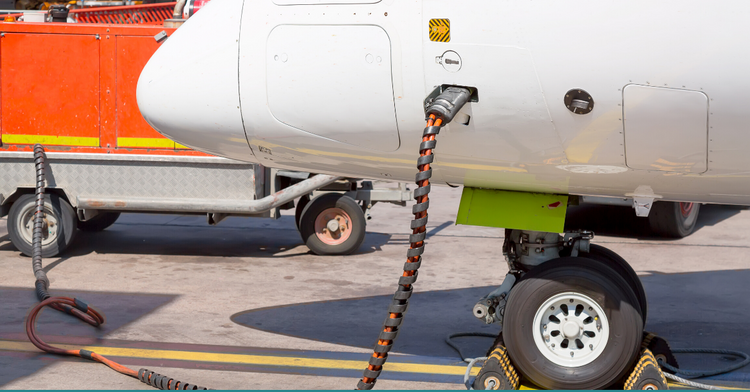 Sustainability is one of the major strategic topics for airports and airlines. Often it is directly tied to either their license to operate and/or pre-condition for further growth. Even though the aviation industry has been hit very hard by the COVID crisis, all major aviation stakeholders have confirmed their ambitions to become carbon neutral by 2050.

These ambitions obviously demand airports and airlines to make changes to the way they run their operations. Often, investments in smart technologies are required to achieve different, more sustainable, operational outcomes. This case study presents findings from two deployments of the ApronAI technology, one at a medium-sized European and one at a large US airport. This case study reports the findings of the first severall months of operational usage of the system at these airports, respectively.

For both of these airports, we created real-time insight into Ground Power Unit (GPU) connections and created an off-block time prediction which allowed for GPU disconnections that were closer to the actual off-block time (AOBT). Quicker connections and disconnections closer to AOBT means that the aircraft’s Auxiliary Power Unit (APU) can be turned off earlier and/or turned on later which leads to fuel savings. These, in turn, result in cost savings and most importantly, a substantial reduction in CO2 emissions.

The ApronAI system is active at the two airports across 4 and 38 aircraft stands respectively, representing a large scale and small scale deployment. The event of interest for this specific case study is ‘GPU Connect’ and ‘GPU Disconnect’ in combination with detecting the parking of the aircraft (‘Aircraft Stationary’). A second feature that was key to the success of this case is the prediction of the off-block time of the aircraft, ‘Predicted Off-Block Time’ (POBT).

The Turnaround Control application provided a real time overview of the current situation in the airport’s operations control centre (AOC). The operators in the AOC could see in real time when an aircraft parked. More importantly, the operators would also receive a notification if the GPU was not connected within 3 or 4 minutes after aircraft parking. These notifications aim to resolve situations where the GPU connection is forgotten or only connected after a long time. 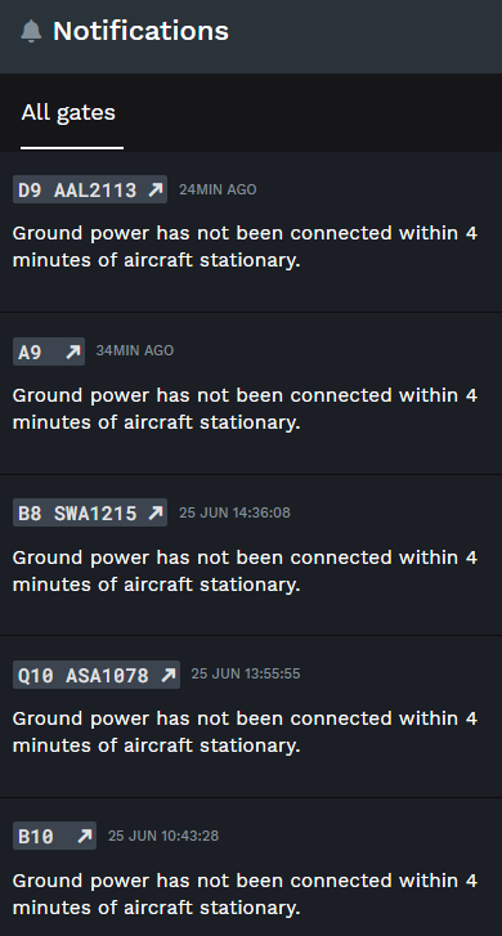 For each active turnaround, the Turnaround Control interface shows a continuously updated POBT. This feature gives the operator and all other stakeholders the latest, most accurate information about when a flight is actually going to leave the stand. Obviously before pushback, the GPU needs to be disconnected. The POBT allowed the ground handler to choose a better disconnection time, closer to the actual departure time.

First, let us look at the data collected over the reporting period. Table 1 shows the median connection and disconnection times in seconds after aircraft arrival and before aircraft departure for both airports.

Obviously, there were many cases where the actual time was higher (sometimes much higher) than this median connection / disconnection time.

We believe that the median performance is a very good indicator of what stable performance could be like (since it is the average performance without taking extreme outliers into account). 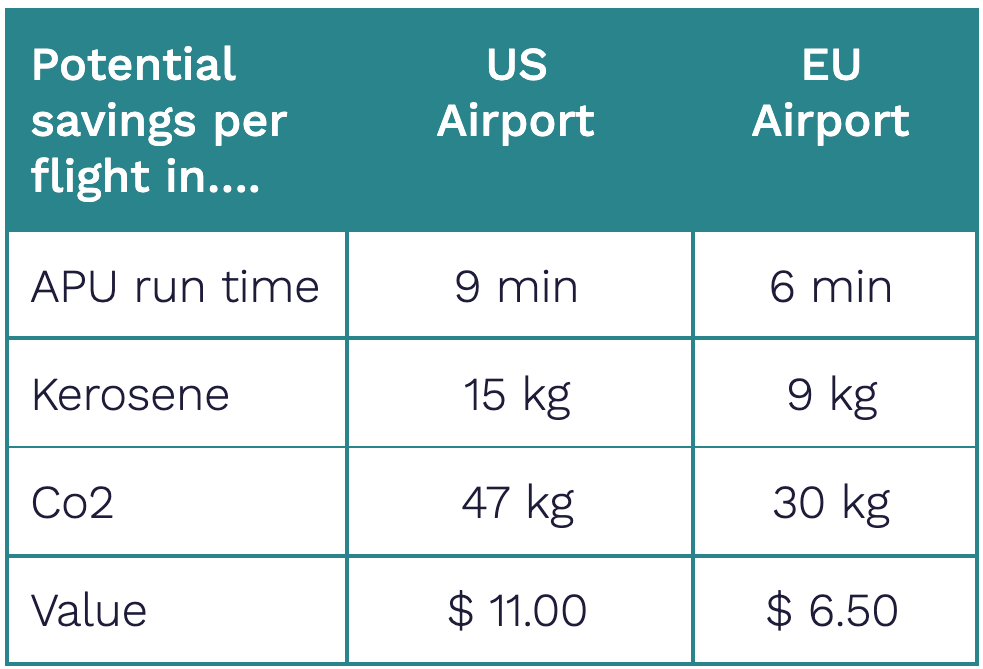 Table 2: Potential savings per flight from reduction in GPU connection and disconnection times.

On a per flight basis, these figures might not look very spectacular but if we take the average savings between the US and European airport and extrapolate those savings to the entire industry, we can see the full potential. The annual global savings potential* from better GPU operations adds up to 650 million kilograms of kerosene savings, $500 million in fuel cost savings and a staggering 2 billion kilograms of CO2 emission reduction.

Since the deployment of the ApronAI system at these two airports, we track the GPU connection and disconnection times to measure the solution’s effectiveness.

A first observation, for both airports, is that GPU connection performs much better than GPU disconnection. This is explained by the fact that this process is much simpler (connect as soon as the aircraft’s anti collision light is off) compared to the disconnection as it requires an accurate estimation of when the aircraft will actually be pushed back (which also depends on air traffic control).

Table 3: Realized reduction in GPU connection and disconnection time in minutes per flight.

By comparing the achieved results with the full potential, we can see that within a very short period of time, the usage of the ApronAI system has already managed to realize about half of the potential savings: about $6 per flight for the US airport and almost $4 per flight for the European airport.

What is interesting to note is that with this specific use case alone, the ApronAI system already repays itself. An average of $5 savings per flight and 7 turnarounds per stand adds up to $1,050 per month per stand.

Obviously, the ApronAI system can bring value to airports, airlines and ground handlers in many other ways. For more inspiration, please see our other case studies.