This website is not designed for Internet Explorer.
Please use Microsoft Edge or any other modern browser.
← Back to Resources
blogNovember 30th 2020 • 9 m read 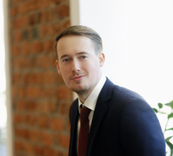 Top 3 issues faced during turnarounds and how to avoid them

Some of these issues can be mitigated or even avoided. What are the most frequent issues that happen during turnarounds?

Aircraft may incur ground damage during a turnaround as a result of movement of another aircraft, aerobridge, fueling truck, pushback tug, belt loader or other ground support equipment (GSE). Aircraft ground damage also includes collisions and wingtip clipping while taxiing and parking as well as foreign object damage.

We briefly touched on the topic of aircraft ground damage in our article on how AI can increase safety on the apron.

According to IATA, aircraft ground damage costs will grow and exceed $8 billion by 2030. Flight Safety Foundation “estimates that 27,000 ramp accidents and incidents — one per 1,000 departures — occur worldwide every year.”

There are three major hazard patterns that account for 94% of all ground damage incidents:

The risk of aircraft ground damage is increased by:

• Limited space around the aircraft

There are also latent reasons of ground damage such as worn out GSE tires which cause aquaplaning in rainy weather. These problems may stay unaddressed until damage happens.

If aircraft ground damage is spotted during visual checks, reported and addressed immediately, then it doesn’t put flight safety at risk.

Flight safety is, however, at risk if ground damage is left unreported. It may happen due to fear of punishment or an assumption that the damage is insignificant and is not worth reporting.

It is harder to detect damage on newer aircraft types such as B787 or A350, which are built using composite materials. These materials are flexible and can return to their normal shape after being damaged, hiding the damage underneath.

All stakeholders involved in the turnaround feel time pressure and nobody wants to be accountable for a delay. Airlines want to have as many flights per aircraft per day as possible; airports also want to increase their throughput and have more turnarounds, landings and takeoffs.

Aircraft ground damage often causes delays. Minor damages usually cause short delays – they might require documenting the issues followed by a release of an aircraft. Significant damages, on the other hand, cause long delays as they might require long and expensive repair.

Delays caused by aircraft ground damage may provoke a knock-on effect and disrupt the whole schedule for an airline or even an airport.

Delays also decrease customer satisfaction. Lack of aircraft would require passengers to wait for a repair or another vacant aircraft, which may not be available immediately, especially at a non-hub airport.

What can be done to reduce the number of aircraft ground damages?

For example, 5G and IoT can interconnect GSE in real time. They can build a system that monitors telemetry, detects dangerous patterns, and reports them. But it’s a costly option and damages still occur even when telemetry parameters are compliant with the safety regulations.

Alternatively, airports, airlines and ground handlers can use existing apron cameras to monitor and analyze at-risk behavior in real time. Computer vision software that runs on premise or in the cloud can be trained to detect and report speed limit violations, movement in restricted areas, head and tail lights on/off, collisions, etc.

It is critical to receive timely service

Delays require additional expenses from airlines. Depending on the delay duration, airlines are obligated to provide passengers with meals, hotel, rebooking and compensation. Connecting flights are very vulnerable to delays and might cause a lot of difficulties too. Airports and air navigation service providers also impose delay fees.

Each turnaround depends on the following:

Untimely ground handling mostly happens due to the following reasons:

1. Lack of timely notification and insight into the turnaround. While busy with many tasks, ramp officers might lose track of operations happening to turnaround(s) because they physically can’t oversee all operations.

3. Knock-on effect. When a delayed flight leads to other delays, airports and ground handlers might experience shortage of resources (employees, GSE, stands, etc.) and be unable to provide sufficient and timely service.

4. Unavailable staff because of a delay on arrival. Flights delayed on arrival might experience less timely service because they missed their ground handling slot. This happens because ground handlers’ service level agreement obligations are more flexible if the flight arrives with a delay. Additionally, they might not have enough staff right away.

5. Lack of available personnel/GSE. Seasonal ground handling procedures such as de-icing might not be immediately available due to unexpected weather conditions. Strikes and furloughs pose risk of being short-staffed.

How to reduce the risk of delays due to untimely ground handling?

More insight into turnarounds. Existing software systems can provide real-time turnaround analytics with the ability to notify ramp officers about deviations from ground handling schedule for a particular flight.

Some systems can also predict accurate off-block time based on the timeliness of ground handling. This allows to improve resource allocation and reduce buffer times. The systems use existing airport cameras and feed video streams to machine learning algorithms. Ramp officers get a virtual assistant that watches the entire turnaround from in-blocks till off-blocks. Personnel supported by virtual assistant would experience less stress related to fear of losing time and control over turnaround.

Improved communication. Communication could be improved by providing staff with a unified collaboration platform. Different teams (catering, fueling, baggage service, etc.) can be connected using wearable devices, tablets or smartphones. It provides employees with better situational awareness. It also gives an opportunity to connect directly with the exact party without any intermediaries.

Implementation of airport management concepts. The airport collaborative decision making (A-CDM) concept improves efficiency and resilience of airport operations by improving predictability and resource optimization. A-CDM is implemented in 29 European airports and has proven its efficiency.

Currently, A-CDM partially relies on manually generated data, which reduces the efficiency of A-CDM. You can read more about how A-CDM can be improved to deliver on its promise here.

Each turnaround heavily depends on passenger handling. Procedures such as deboarding, check-in, security check and boarding should be fulfilled timely to avoid delays.

Missing passengers (both originating and transfer) is a common problem faced by boarding agents. Usually they announce the last call for a flight and ask passengers by their name to show up at the gate. They also check the lounge in case the passenger is there.

In reality there might be many passengers (10-30 passengers, around 50% have checked bags) who do not show up before the end of the boarding process. In this case there’s a big chance that the flight will be delayed. It’s possible that passengers will show up before their bags are offloaded, but it’s a little consolation.

How to avoid the problem of missing passenger(s) while boarding?

There are systems that can anonymously analyze passenger traffic flows across the entire terminal. They can associate passengers that showed up at a particular check-in counter with a particular flight. This allows boarding agents and airline representatives to check the location of the missing passengers and better address the issue. For example, they could ask colleagues to make an announcement, offload bags if passengers are too far away, etc.

To improve turnarounds, airports, airlines and ground handlers should address some of the most frequent issues faced during turnarounds – aircraft ground damage, untimely ground handling, and missing passenger(s) while boarding. This will help to reduce turnaround delays, costs, improve sustainability and reputation as well as customer satisfaction.